Drink and drive It's possible now! 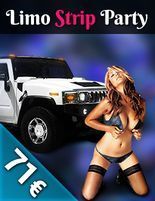 Beer bike and strip limo package is all about the best stag party experience in Riga. Enjoy 1 hour ride in luxury super stretch limousine together with one mind blowing stripper and her hot moves. Afterwards chill with your friends on the Riga beer bike having some nice local beers.